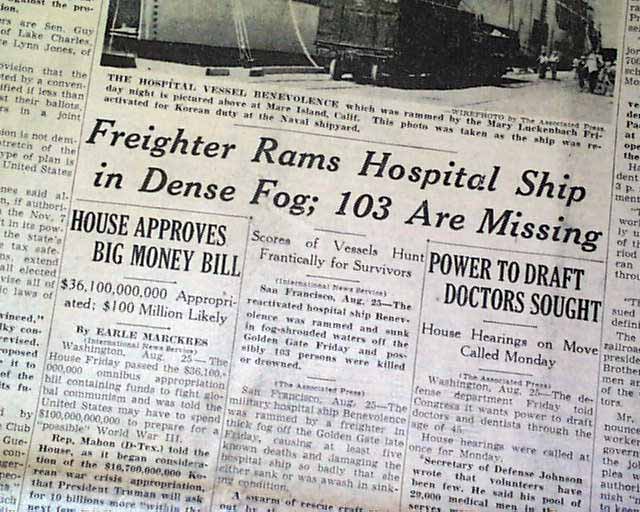 This 23 page newspaper has a three column headline on the front page: "Freighter Rams Hospital Ship in Dense Fog; 103 Are missing" with photo (see photos). 1st report coverage on the collision of the USS Benevolence and the SS Mary Luckenbach in San Francisco Bay.

Other news, sports and various advertisements of the day throughout. Light browning at the central fold, minor spine wear, otherwise in good condition.