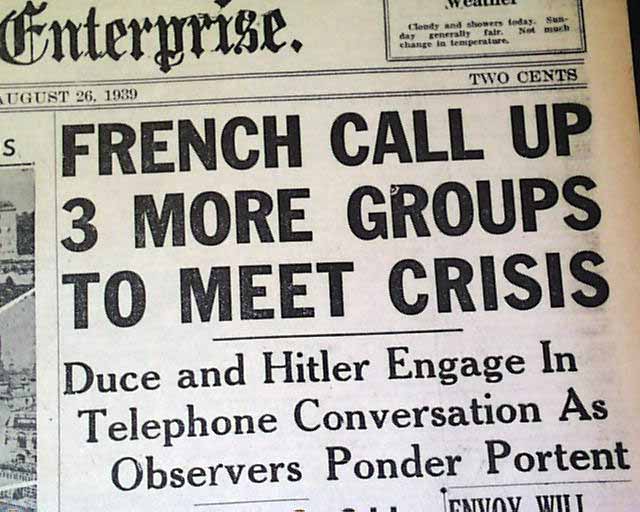 This 6 page newspaper has three column headlines on the front page:
"FRENCH CALL UP 3 MORE GROUPS TO MEET CRISIS" and "Duce and Hitler Engage In Telephone Conversation As Observers Ponder Portent", with related pictorial (see photos).

Other news, sports and advertisements of the day throughout. Minor margin wear, otherwise good condition.