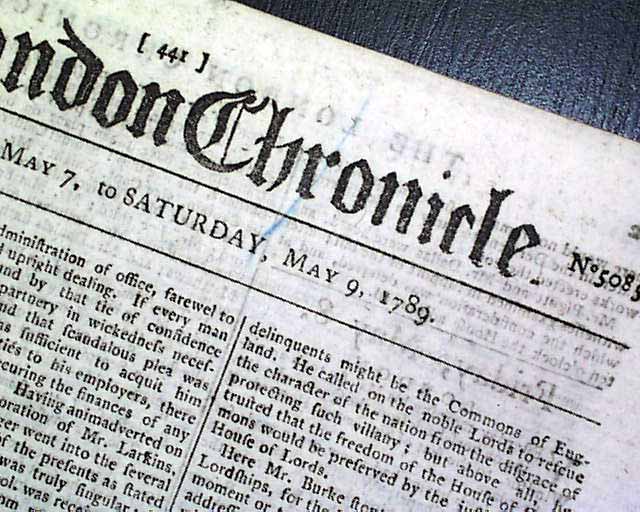 
THE LONDON CHRONICLE, England, May 9, 1789  Page 3 has a lengthy & very detailed account of the famed second of three boxing matches between Daniel Mendoza Richard Humphries. Near the end it notes: "...With regard to skill in the conduct of this boxing match Mendoza appeared evidently to have the superiority..." with more (see).
Daniel Mendoza was a famous Jewish boxer who transformed the English stereotype of a Jew from a weak, defenseless person into someone deserving of respect. He is said to have been the first Jew to talk to the King, George III (see hyperlink).
Eight pages, 8 1/2 by 10 inches, very nice condition.