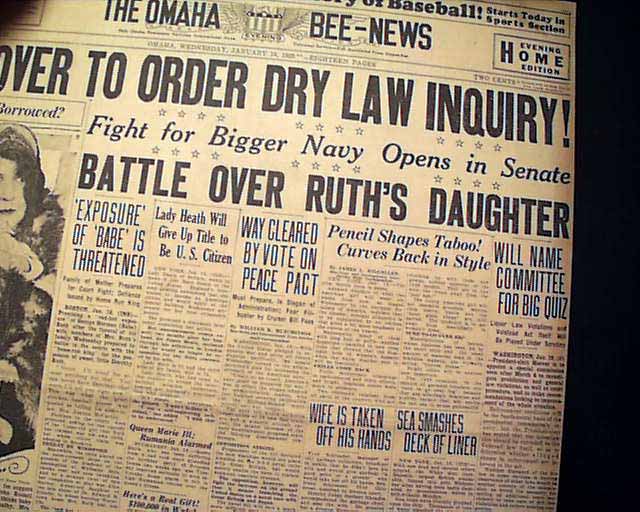 This 18 page newspaper has a nice six column headline on the front page: "BATTLE OF RUTH'S DAUGHTER" with subheads that include: "'Exposure' Of 'Babe' Is Threatened". Coverage on the custody battle of his daughter soon after his ex-wife's fiery death. Also a nice life biography of Ruth in the sport's section with photo (see photos).

Other news, sports and various advertisements of the day throughout. Light browning, a little margin wear, otherwise good condition.