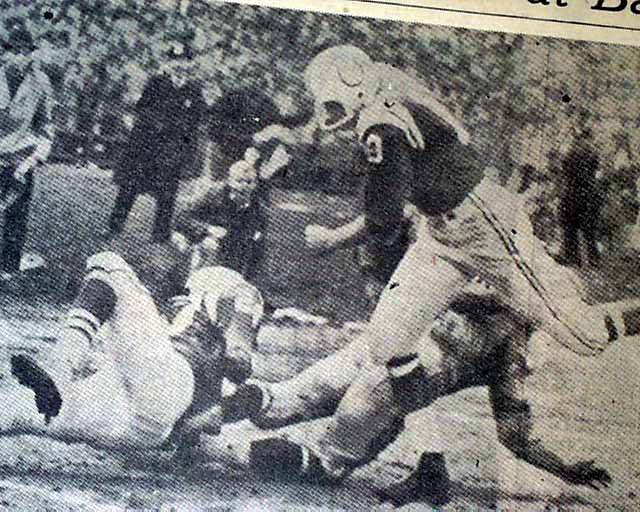 Pages 26 and 27 is loaded with coverage and photos on the 1959 professional National Football League championship between the Baltimore Colts and the New York Giants with a banner headline:

"Colts Defeat Giants Before 57,545 at Baltimore for Second Straight Title"

wikipedia notes: The 1959 National Football League Championship Game was played on December 27, 1959 at Memorial Stadium in Baltimore, Maryland. The game was a rematch of the 1958 championship game that went into overtime. The 1959 game was the 27th annual NFL championship game. The Baltimore Colts had won the Western Conference with a record of 9-3 while the New York Giants had won the Eastern Conference with a record of 10-2.Gibson.