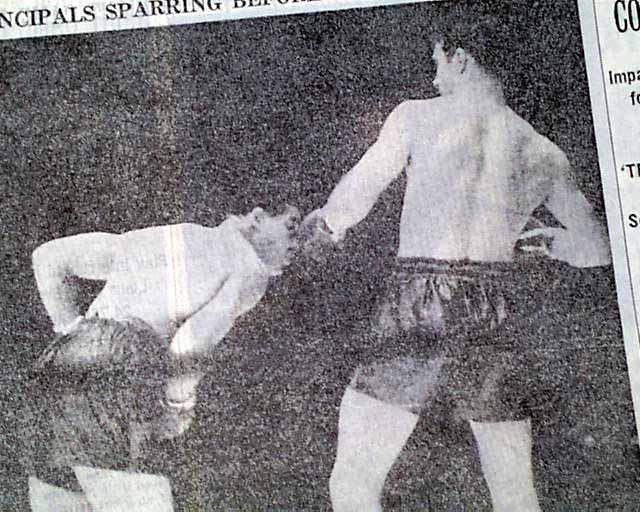 This 46 page newspaper has one column headlines on the front page: "LOUIS, NEAR DEFEAT, STOPS CONN IN 13TH AND RETAINS CROWN", "Bomber Suddenly Turns Tide, Hammering Foe to Floor With Furious Attack" and more. Much more in the sport's section including a banner headline and photos. See photos for some content.

wikipedia notes: His fight with world light heavyweight champion Billy Conn. Conn, smaller than Louis, said that he planned to "hit and run," prompting Louis's famous response, "He can run, but he can't hide." After 12 rounds, Conn was ahead on points, only to be knocked out by Louis in the 13th round.