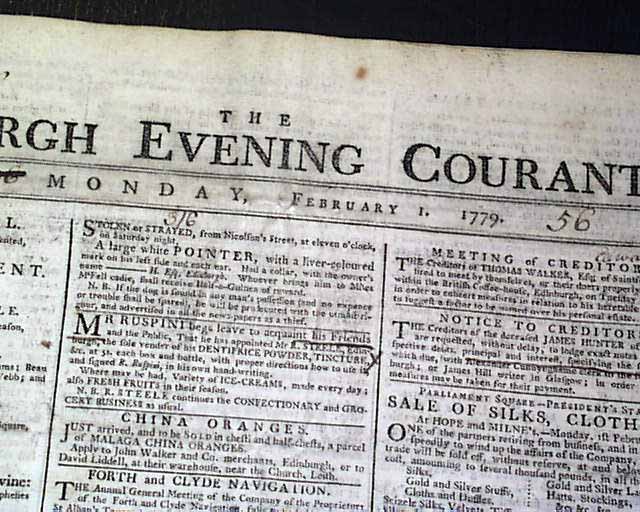 Page 2 has a letter from New York which notes: "It gives me great pleasure to inform you that the face of affairs seems to be changed; the two Carolinas & Georgia having revolted from the Congress, give fresh spirits to the friends of government who are not afraid now to declare which side they are on. We now find many more staunch friends than it was thought was had who are willing & ready to take up arms in support of their rights & liberties & to free themselves  from the oppressions of Congress..." This is followed by another letter from New York which begins: "We are informed that the consequence of orders from the court of France, the Marquis de la Fayette & Mons. Conway, Major General in the rebel army...have left their service..." (see photos).

Complete with four pages, this issue is folio size, and has various period notations in margins (likely the editor's copy). It is in generally nice condition.