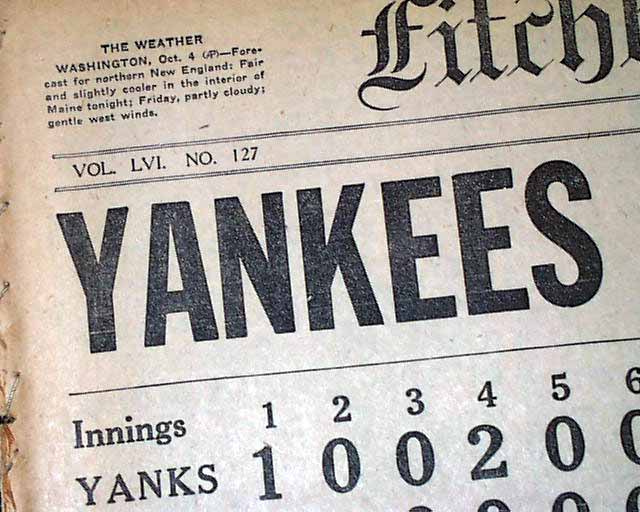 This 14 page newspaper has a great banner headline on the front page: "YANKEES VICTORS IN OPENER" with subheads, box scores and photo of starting pitchers. Rare to find such nice headlines concerning the World Series, especially on the front page. Great for display here.

Other news, sports and advertisements of the day. Minor spine wear, otherwise nice.

source: wikipedia: In the 1928 World Series, the New York Yankees swept the St. Louis Cardinals in four games. Along with 1927, this was the first time a team had swept consecutive Series.

Babe Ruth hit .625 (10 for 16) as the Yankees demolished their opponents by a combined score of 27 to 10. Like 1926, Ruth rocketed 3 home run balls over the right field pavilion at Sportsman's Park in Game 4. Unlike 1926, this was also the final game of the Series and served as a punctuation mark on the Yankees' dominance.

Lou Gehrig also had a good Series. He drove in as many runs by himself as the entire Cardinals team combined.

Bill McKechnie became the second manager to lead two different teams to the World Series, and like Pat Moran, he won one and lost one. 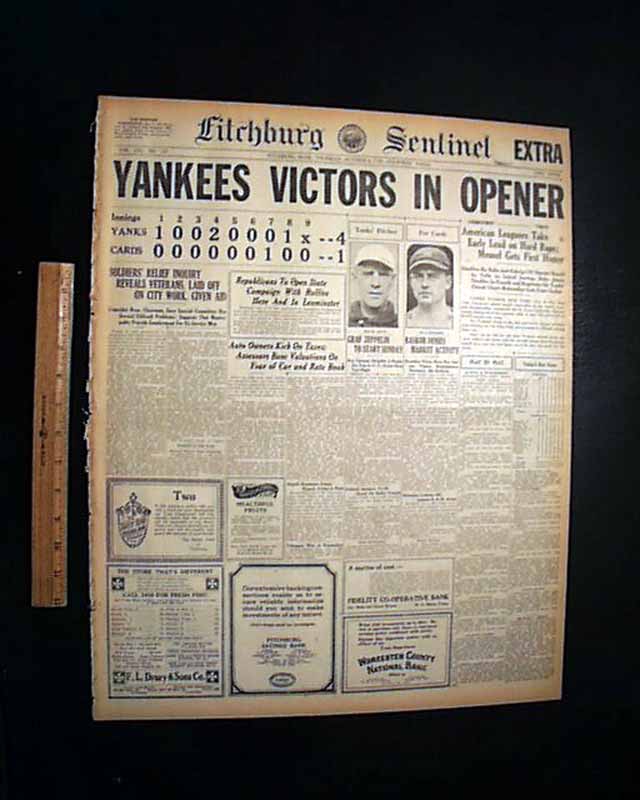 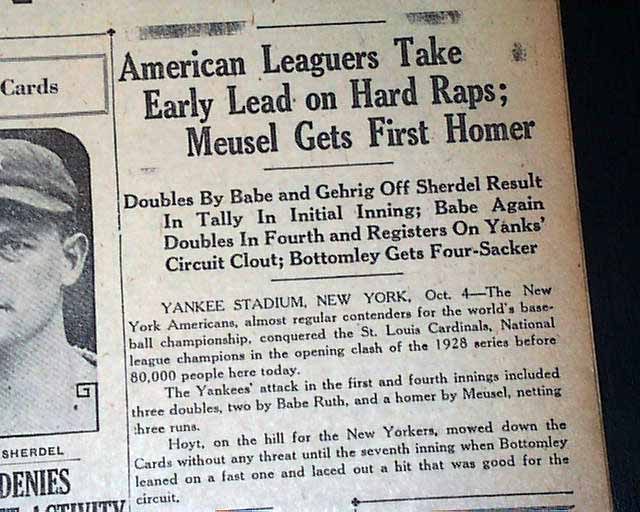 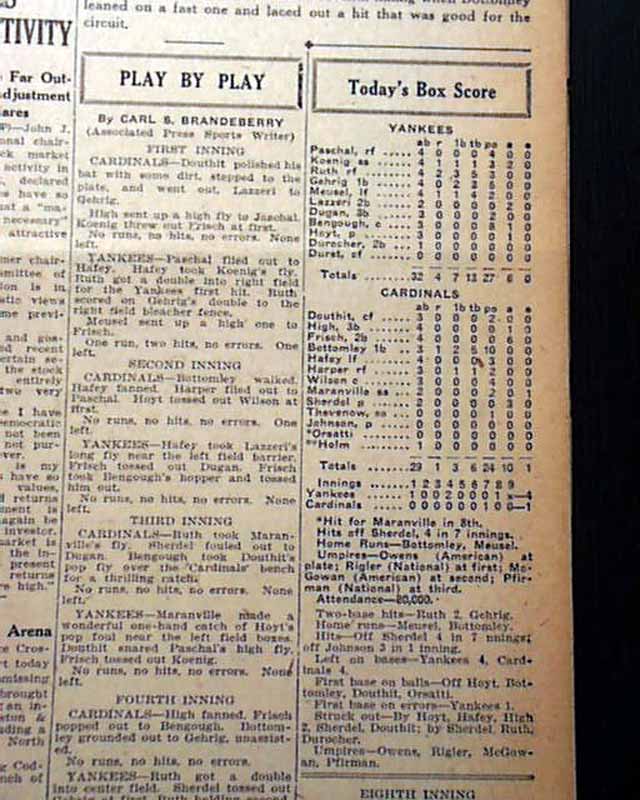 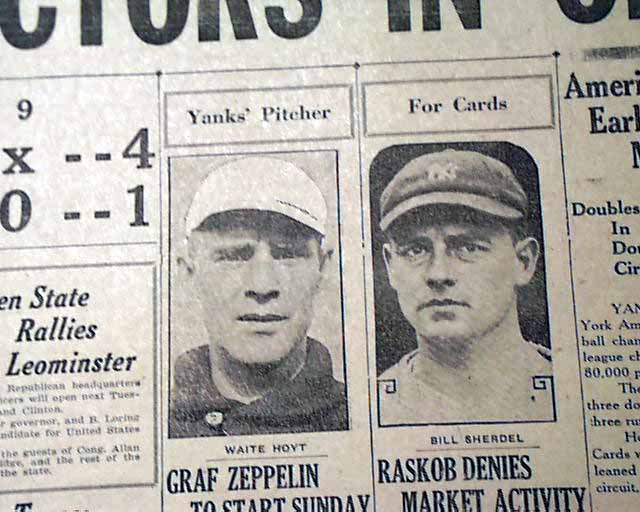