Home > Back to Search Results > Ben Franklin on the attrition rate of the Revolutionary War...
Click image to enlarge 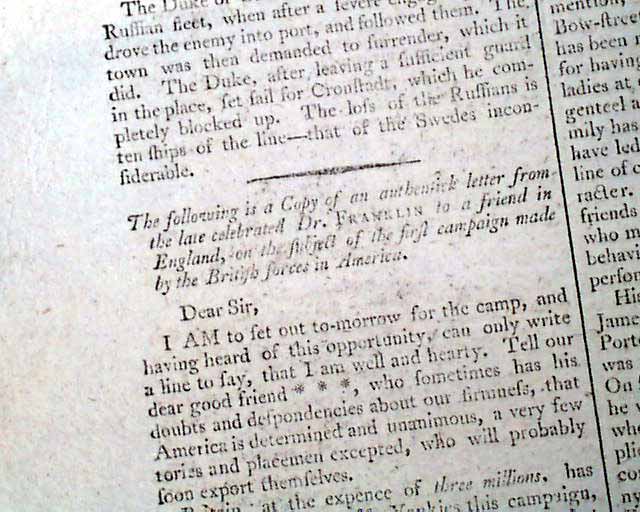 Ben Franklin on the attrition rate of the Revolutionary War...

The back page has a letter from Ben Franklin (originally written in 1775) and signed in type: B.F., headed: "...Letter from the late Celebrated Dr. Franklin...on the subject of the first campaign made by the British forces in America" which includes an interesting item concerning the attrition rate of the Revolutionary War: "...they have gained a mile of ground; they have lost half of it back again, they have lost 1500 men, and killed 150 Yankies. In the mean time we have between sixty and seventy thousand children born. Ask him how long it will take for England to conquer America?" (see photos)