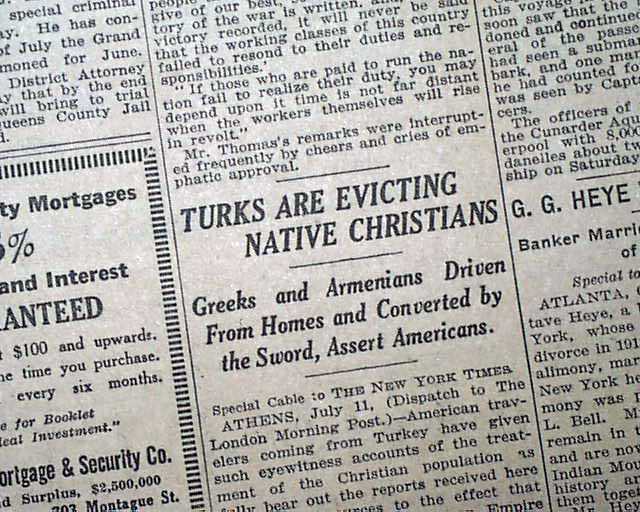 This 20 page newspaper has one column headings on page 4: "TURKS ARE EVICTING NATIVE CHRISTIANS", "Greeks and Armenians Driven From Homes and Converted by the Sword, Assert Americans" and more. Coverage on the Armenian Genocide in the Ottoman Empire. See photos for text here.