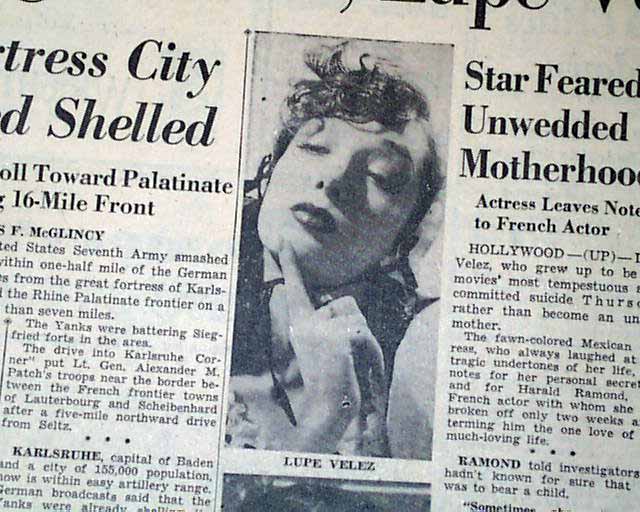 This 24 page newspaper has a 6 column headline on the front page: "Facing Scandal, Lupe Velez Kills Self" with smaller subheads and one column photo of Velez. This is 1st report coverage on the suicide death of famous Mexican actress, Lupe Velez.

Other news, sport and advertisements of the day throughout with much on World War II. Minor margin wear, otherwise in good condition.