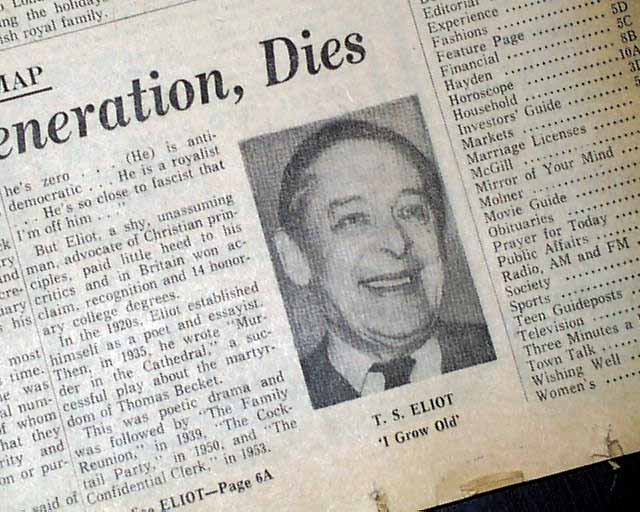 This 40+ page newspaper has a four column headline near the bottom of the front page: "Eliot, Poet of Generation, Dies" with small photo of Eliot. (see photos) 1st report coverage on the death of famous poet, Thomas Stearns Eliot.

Other news, sports and advertisements of the day throughout. Small binding holes along the spine, otherwise in good condition.

wikipedia notes: Thomas Stearns Eliot OM (September 26, 1888 – January 4, 1965) was a publisher, playwright, literary and social critic and "arguably the most important English-language poet of the 20th century." Although he was born an American, he moved to the United Kingdom in 1914 (at age 25) and was naturalised as a British subject in 1927 at age 39.