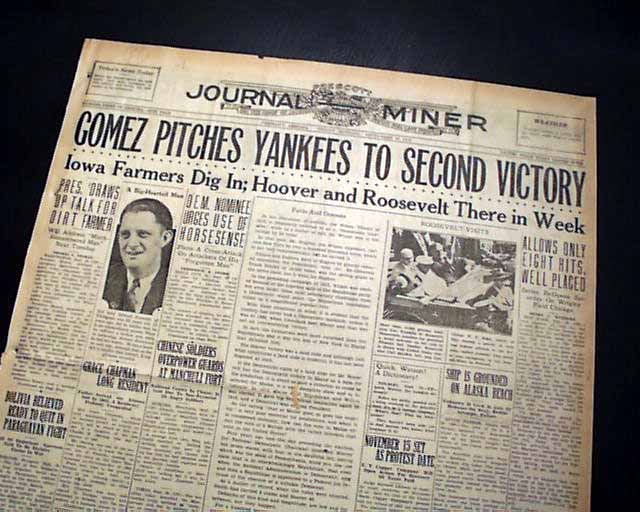 This 6 page newspaper has nice banner headline on the front page: "GOMEZ PITCHES YANKEES TO SECOND VICTORY" with subheads and box scores. 1st report coverage on the New York Yankees winning game 2 of the World Series against the Chicago Cubs.

The Yankees played at Yankee Stadium. In the World Series, they swept the Chicago Cubs.