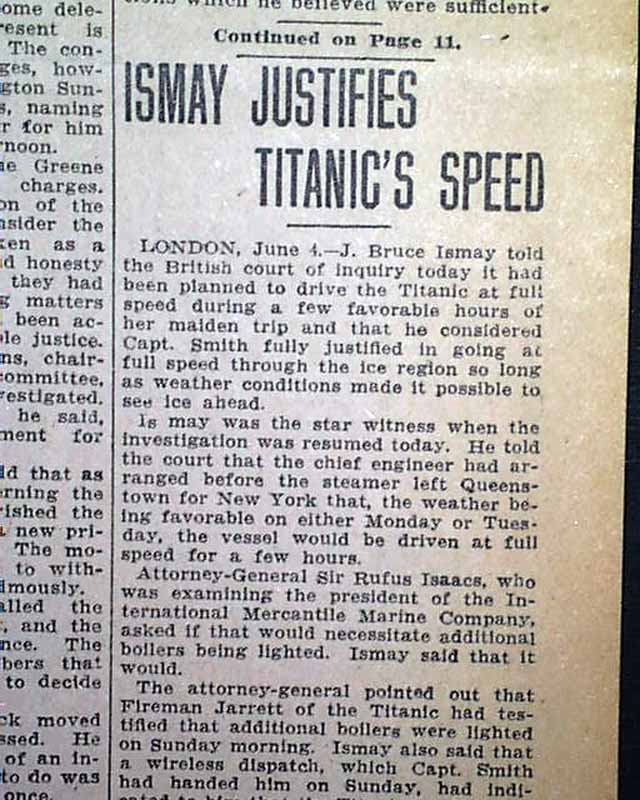 
THE EVENING TIMES, Pawtucket, Rhode Island, June 4, 1912  The front page of the issue has a column-wide, two-line headline "Ismay Justifies Titanic's Speed" in which Bruce Ismay, the chairman and managing director of the White Star Line and survivor of the sinking of the Titanic, provided justification of the speed of the Titanic.

Also on the front page are reports "Taft Gets Ohio's Six Delegates-At-Large" for what was being declared the tightest convention; "Says Husband Sent Her Poisoned Roses"; "Times Fly Swatting Contest For Boys". Additional news, sports and advertisements of the day are within.

This is complete in 14 pages with several tiny binding holes along the left spine, otherwise is in very nice condition.