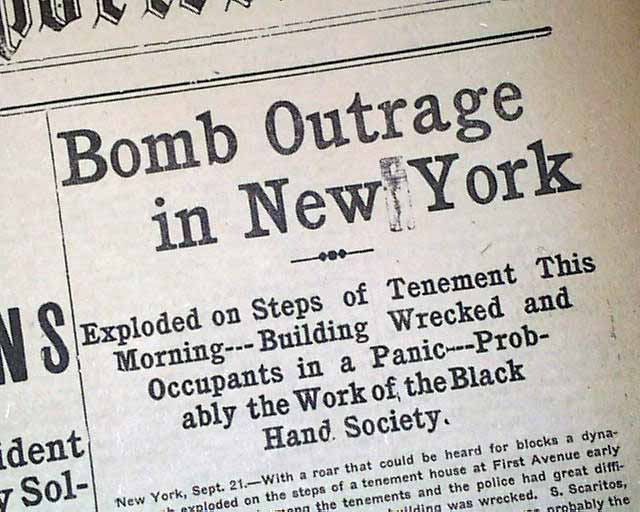 This 8 page newspaper has two column headlines on the front page: "Bomb Outrage In New York" and more. 1st report coverage on a bombing in New York City that was suspected as being done by the "Black Hand" which was a extortion racket by the early Mafia.

Other news and advertisements of the day. Light browning, otherwise good. Should be handled with care.