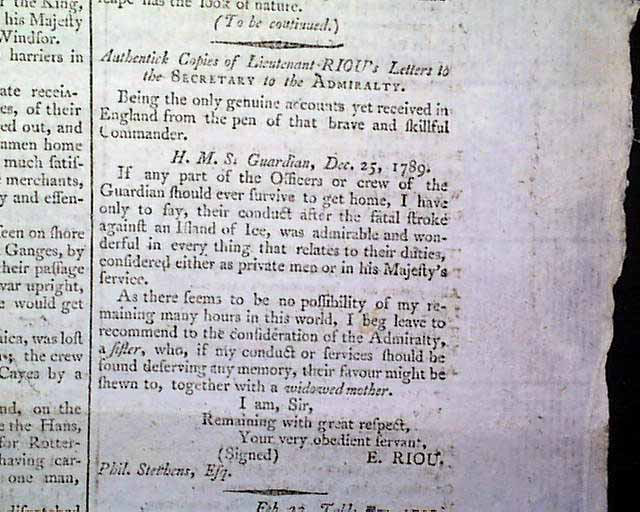 Page 3 contains an article concerning the loss of the H.M.S. Guardian which was a British ship used in the transport of provisions and convicts to Botany Bay [Australia]. The ship hit an iceberg and most of the crew evacuated, although Capt. Riou refused to do so (see). Page 3 contains two letters  from Capt. Riou to the Secretary to the Admiralty prefaced with: "Being the only genuine accounts yet received in England from the pen of that brace and skillful Commander." The first letter is dated Dec. 25, the date the ship was evacuated, and includes: "As there seems to be no possibility of my remaining many hours in this world..." The other letter is dated Feb. 22, 1790 in which he gives a brief account of the ship hitting an iceberg, etc. (see).
Four pages, untrimmed margins, great condition.