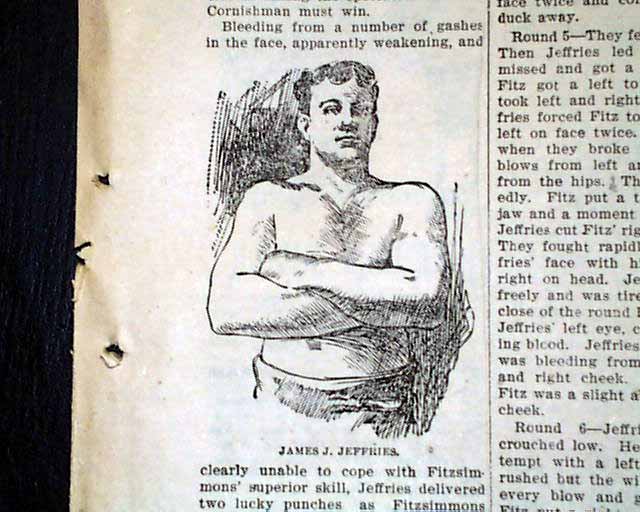 This 8 page newspaper has one column headlines on the front page: "JAS. J. JEFFRIES", "California Pugilist Still Holds the Championship", "Won Fight In Eight Rounds" and more with illustration of Jefferies. Also round by round description with the text. 1st report coverage on James Jeffries defending his heavyweight boxing title against Bob Fitzsimmons.

Other news and advertisements of the day. Light browning, a little spine wear, otherwise good. Should be handled with care.