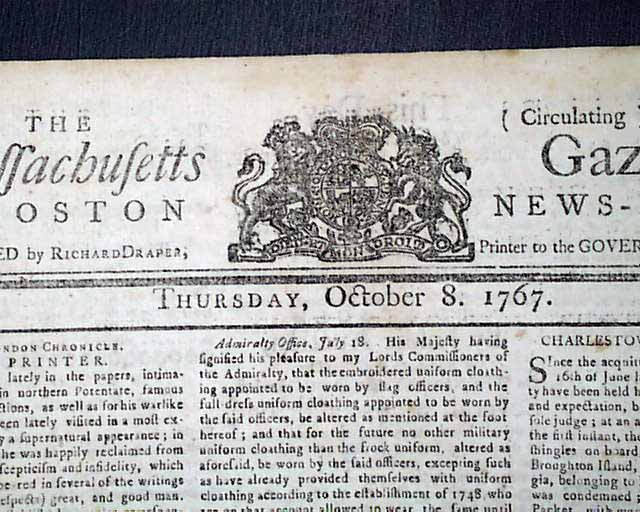 
THE MASSACHUSETTS GAZETTE & BOSTON NEWS-LETTER, Oct. 8, 1767  The front page is taken up with reports from London, Charleston, Quebec, New York, and Newport. Page 2 has an almost full column report of survival on a capsized ship (see). Most of the balance of the issue is taken up with advertisements, including: "To be Given Away, A fine Negro male Child..." and another: "To Be Sold, a Strong likely Negro Girl...".
Four pages, handsome engraving in the masthead, never-trimmed margins, very nice condition.