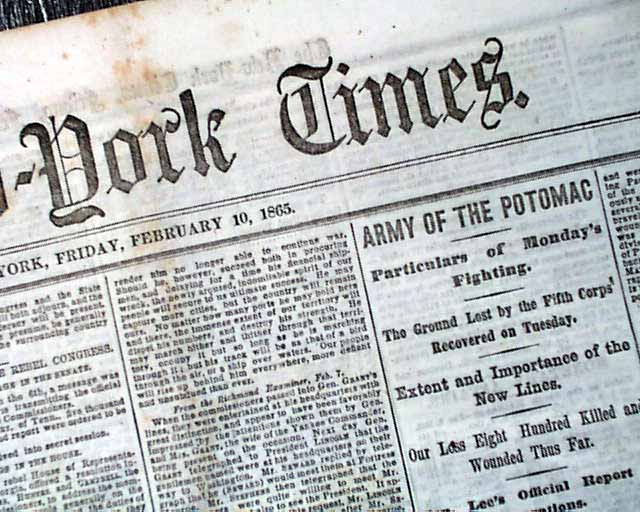 Among the front page one column war-related heads are; "THE PEACE CONFERENCE" "Message From Jeff. Davis to the Rebel Congress" "Report of the Rebel Commissioners" "Davis Speaks at a Public Meeting in Richmond" "He will 'Never Consent to a Reunited Country' " "Vigorous Attempts to 'Fire the Southern Heart' ""President Lincoln's Message on the Conference".

Included on the front page are a messaged signed in type: Jefferson Davis, and over a column taken up with: "A Speech By Jeff. Davis".
Also on the ftpg: "Army of the Potomac" "Particulars of Monday's Fighting" "Gen. Lee's Official Report of Operations" which includes a letter signed by him in type: R. E. Lee.

Complete in eight pages, this paper has some minor fold foxing to the front page, but is otherwise in nice condition. 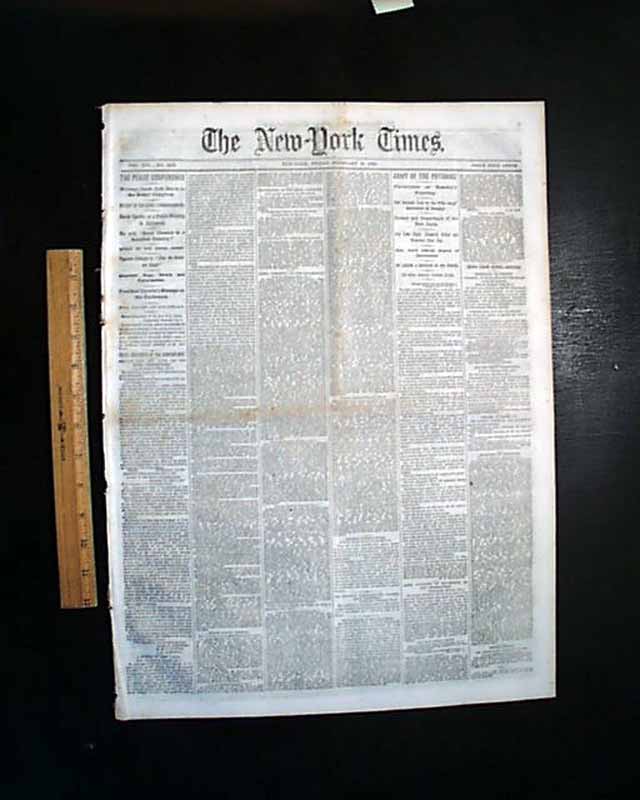 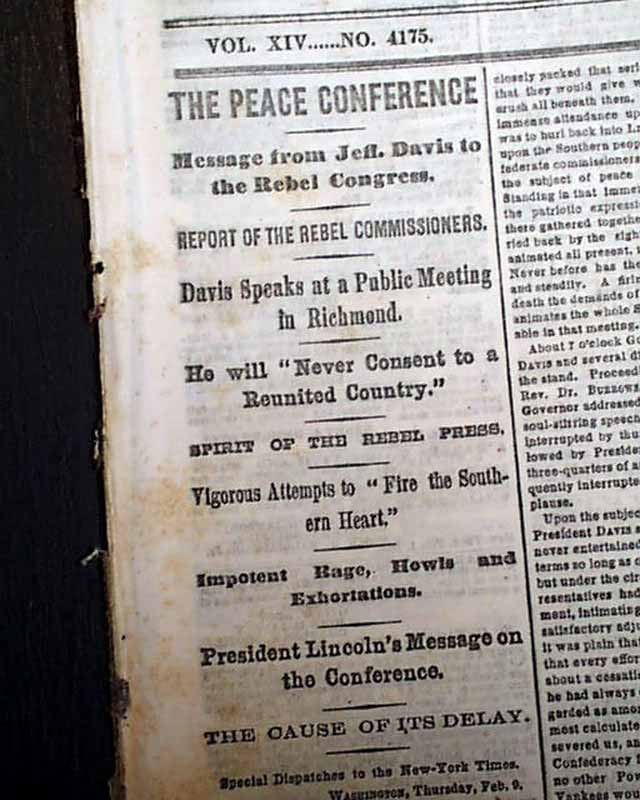 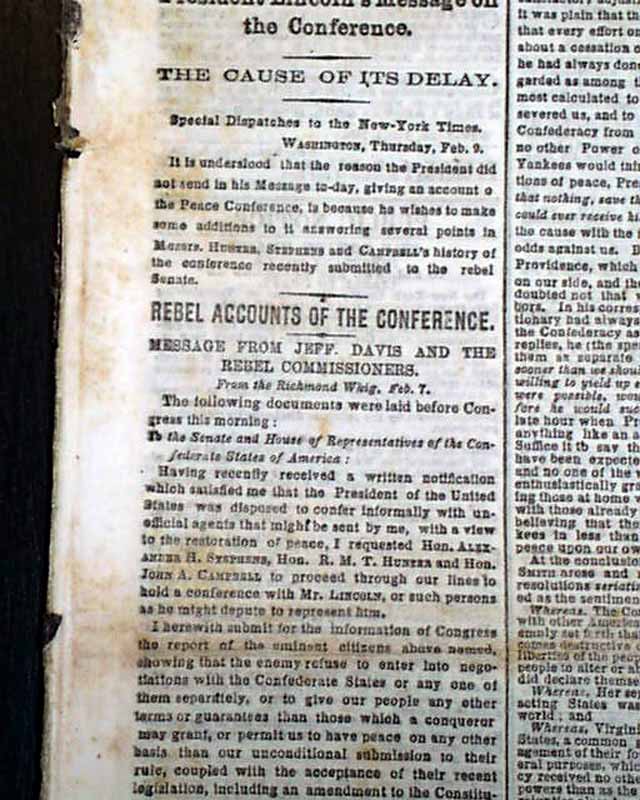 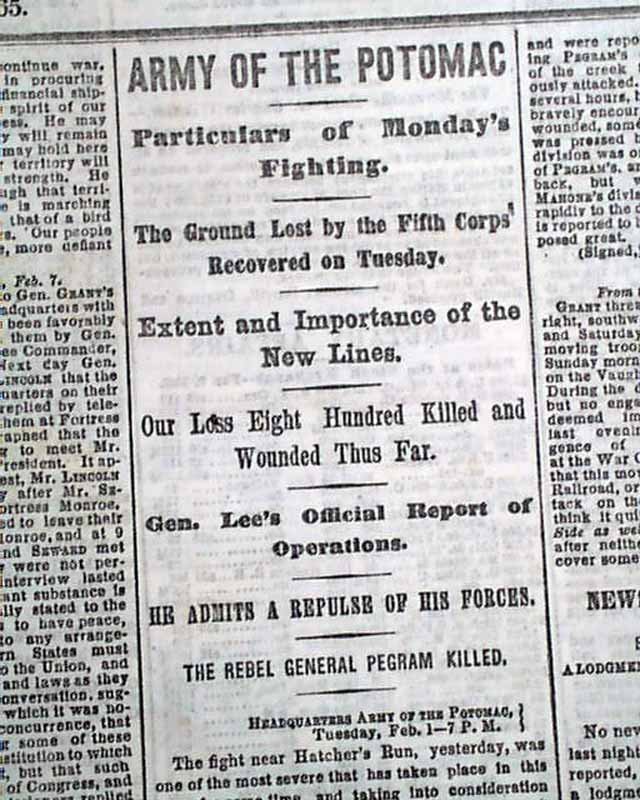 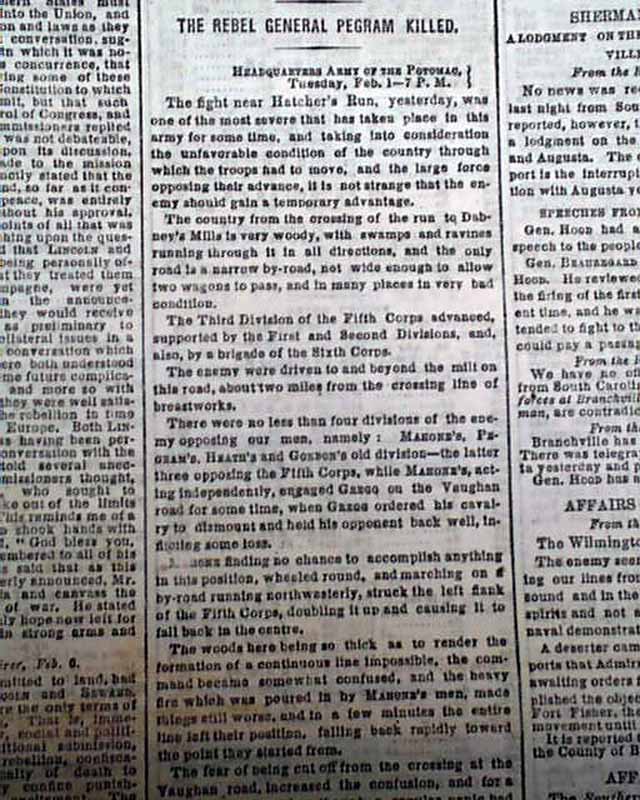 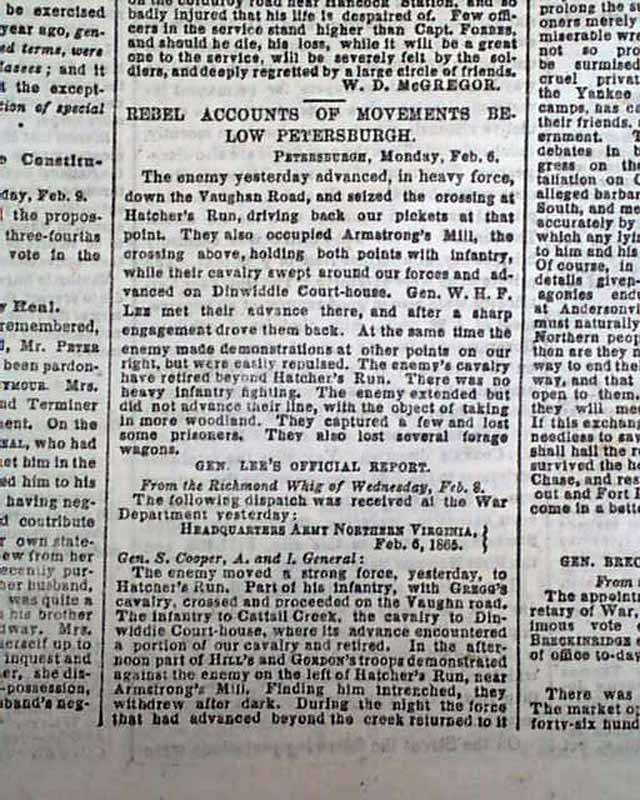 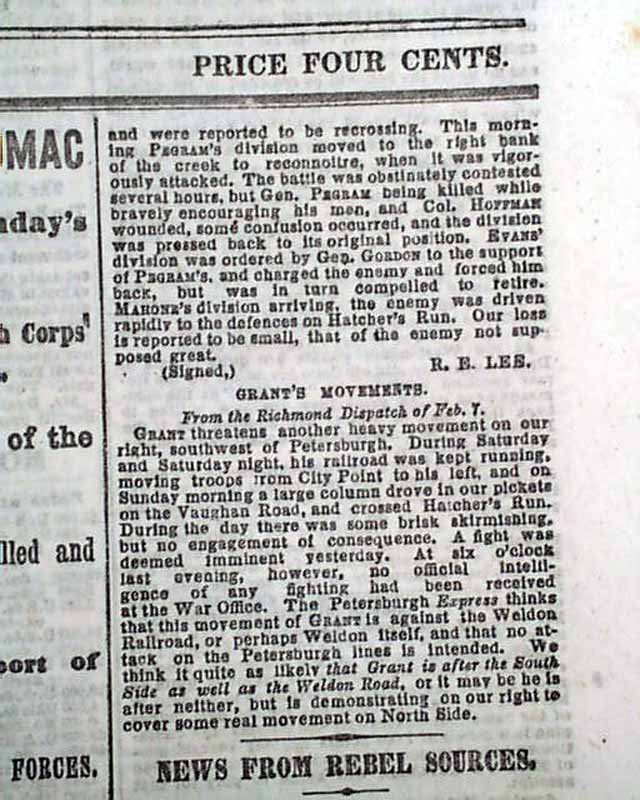 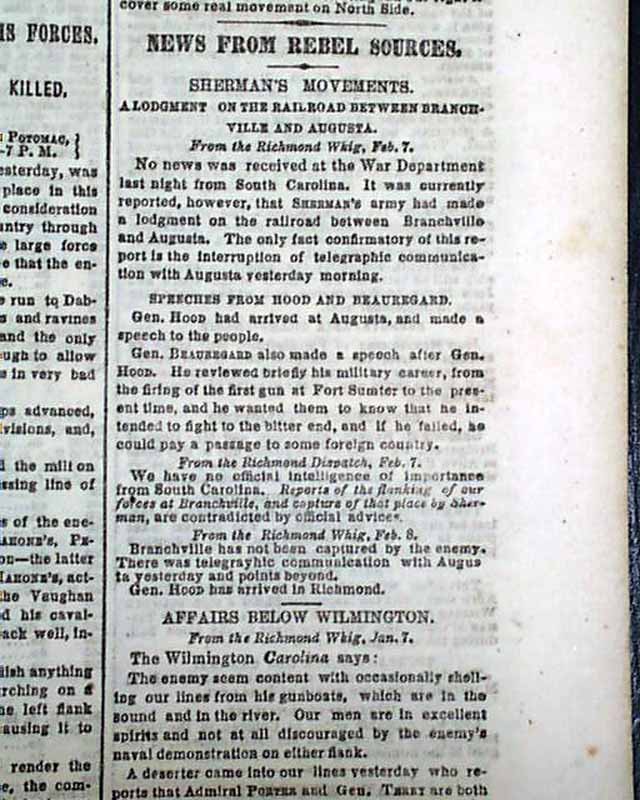 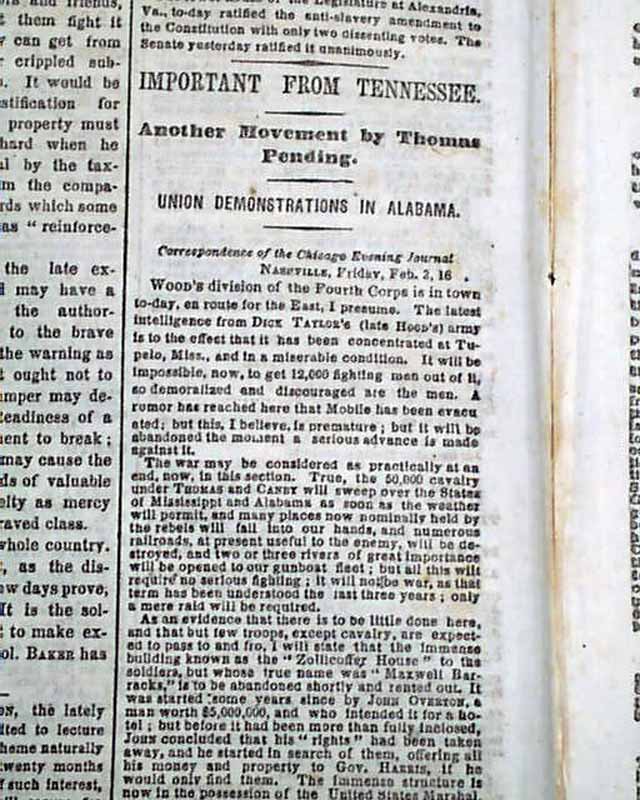