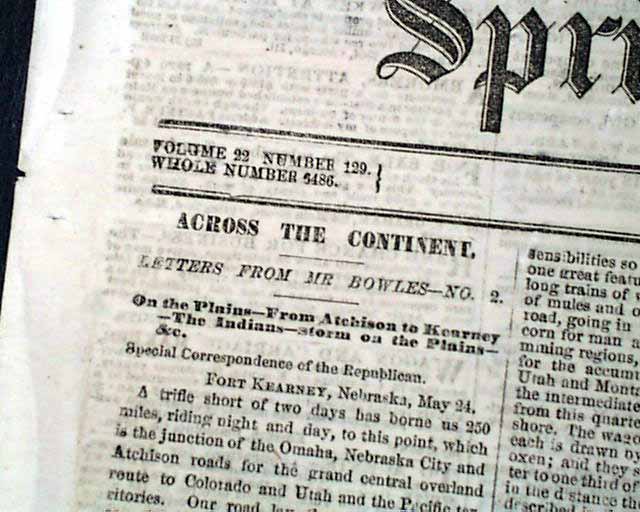 The front page has 1 1/2 columns on a trip: "Across The Continent" "Letters From Mr. Bowles--No. 2" "On the Plains--From Atchison to Kearney--The Indians--Storm on the Plains" which is a terrific travelogue (see for beginning). Also on the ftpg: "Where Is Davis?" mentions the: "...story of Davis's ignoble attempt at flight is even more ignoble than I told it. Mrs. Davis & her sister...after having clothed him in the dress of the former, & put on his head a woman's head-dress, started out...besought Col. Pritchard's men in most piteous terms to let them take their 'poor old mother out of the way' of the firing..." with more (see photos).
Pages 2 & 4 have reports on the trial of the Lincoln conspirators (see photos).