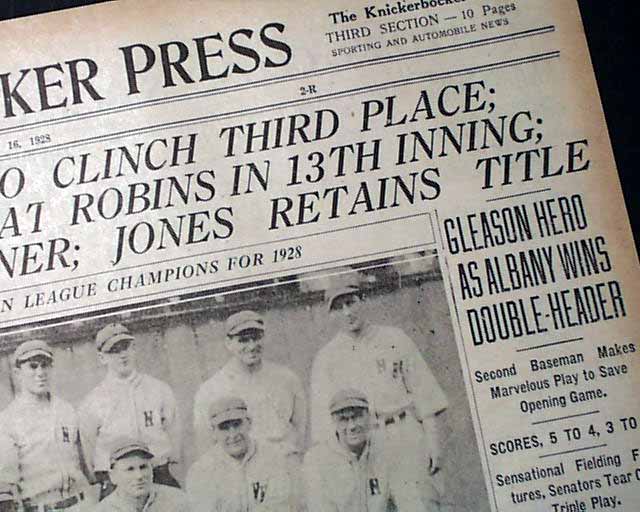 This 40+ page newspaper has a three column headline on the front page of the sport's section (inside): "JONES RETAINS TITLE" with subheads that include: "Jones Trounces Perkins, British Amateur King, in Title Roundby 10 and 9" and more. 1st report coverage on famous golfer Bobby Jones winning the 1928 U.S. Amateur Open at West Newton, Massachusetts. Lengthy text here.

Other news, sports and advertisements of the day throughout with nice front page headlines on a hurricane in Florida (see photos). Minor margin wear, otherwise good condition.