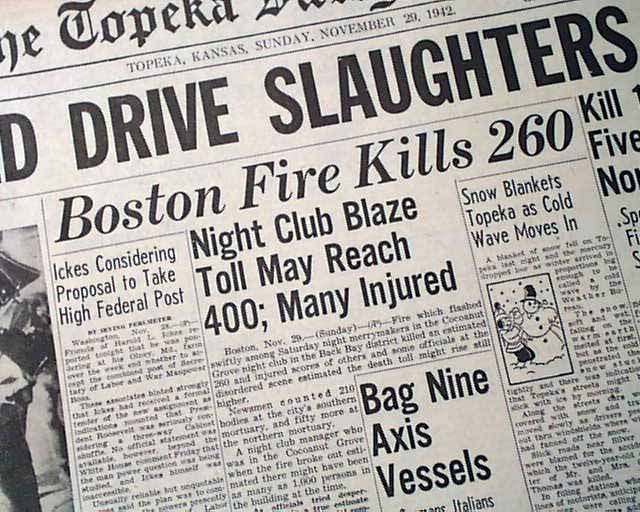 This 30 page newspaper has a four column headline on the front page: "Boston Fire Kills 260" with subhead: "Night Club Blaze Toll May Reach 400; Many Injured". This is an early 1st report coverage on the Cocoanut Grove nightclub disaster in Boston.

Other news, sports and advertisements of the day throughout with much on World war II. A few small binding holes along the spine, otherwise in good condition.