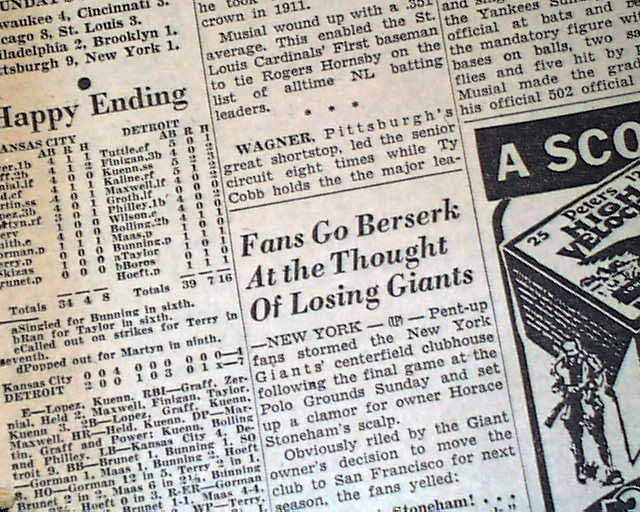 This 48 page newspaper has a small one column heading in the sport's section (page 39): "Fans Go Berserk At the Thought Of Losing Giants"

See photo for 1st report brief coverage on the very last baseball game played by the famous New York Giants before there move to San Francisco.

This issue contains other news, sports and advertisements of the day. It has some spine wear, but is otherwise in good condition.