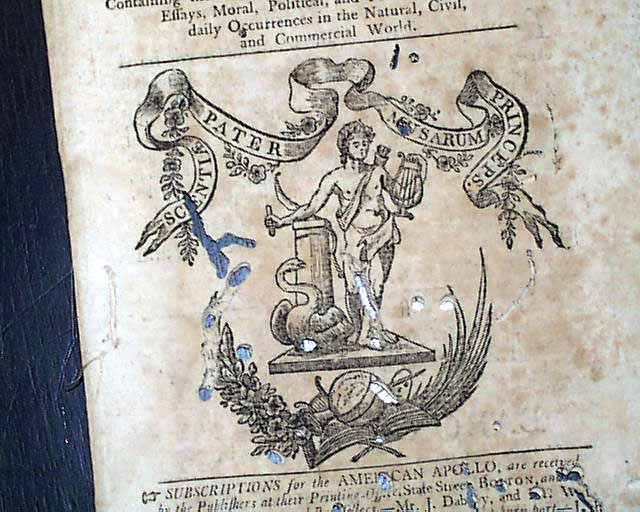 Item # 590718 THE AMERICAN APOLLO, Boston, July 13, 1792  A 20 page magazine featuring a large engraving on the front page.
Near the back is the "American Intelligence" with various news reports, including datelines of Quebec, Kingston, Jamaica; Philadelphia, Albany, New York, Boston, and Niagara, the latter having a descriptive article on Niagara Falls.
A scarce periodical which lasted but 39 issues, from Jan. 6 thru Sept. 28, 1792. Never bound nor trimmed with wide, deckle-edge margins. Much worm damage throughout & consequently priced as a 2nd rate issue. Measures 5 3/4 by 9 1/4 inches.