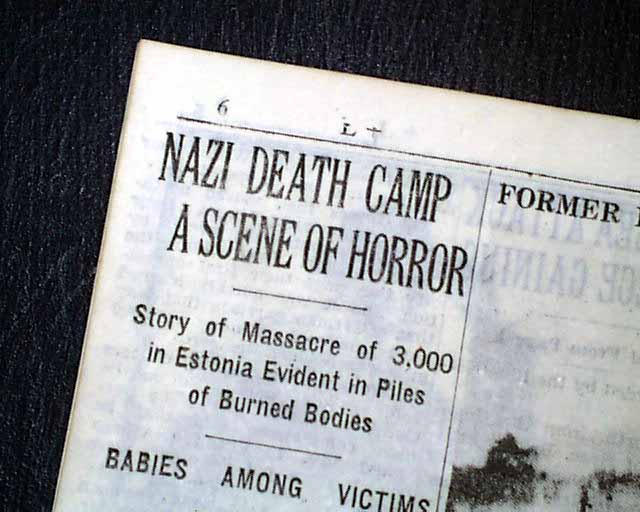 This 36 page newspaper has one column headlines on page 6: "NAZI DEATH CAMP A SCENE OF HORROR", "Story of Massacre of 3,000 in Estonia Evident in Piles of Burned Bodies", "Babies Among Victims" and more. See photos for text here. Rare to find such reports in newspapers at this time as the reality of the holocaust was just being realized.