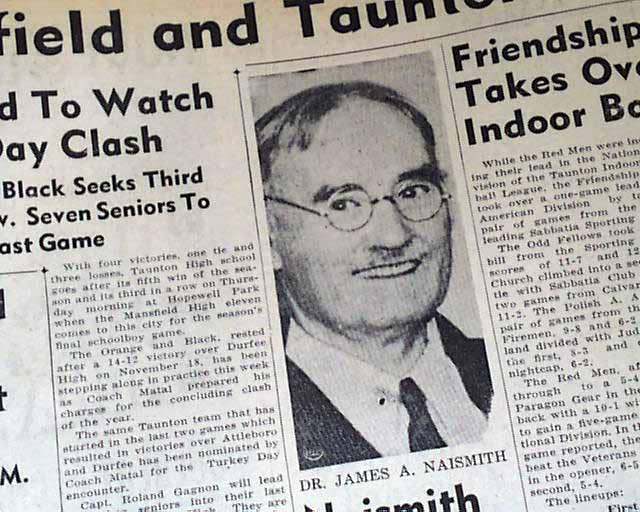 This 16 page newspaper has one column headings on page 12: "Naismith Has Fatal Attack", "Invented Game Of Basketball In 1891" with photo of Naismith. This is a first report coverage on the death of James Naismith, known as the "Father of Basketball".

wikipedia notes: James Naismith (November 6, 1861 – November 28, 1939) was a Canadian and naturalized American sports coach and innovator. Naismith invented the sport of basketball in 1891 and is often credited with introducing the first football helmet. Naismith wrote the original basketball rulebook, founded the University of Kansas basketball program, and lived to see basketball adopted as an Olympic demonstration sport in 1904 and as an official event at the 1936 Summer Olympics in Berlin.