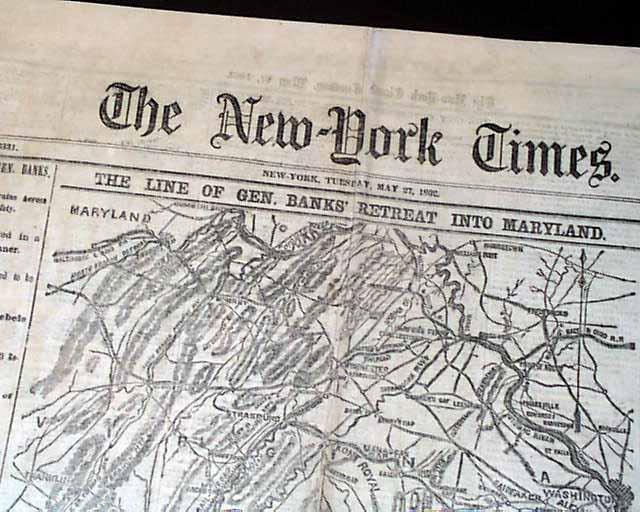 The front page has a very nice and very detailed Civil War map headed: "The Line Of Gen. Banks' Retreat Into Maryland" which includes Washington, D.C., Alexandria, Harrisonburg, Strasburg, Hagerstown, Fredericksburg & much in between (see photos). There are also nice one heads on the war including: "The Retreat of Gen. Banks", "The Retreat Conduced in a Most Masterly Manner", "The Plans of the Rebels Circumvented", "The Fight at Front Royal", "Gen. McDowell's Army Across the Rappahannock" and much more.