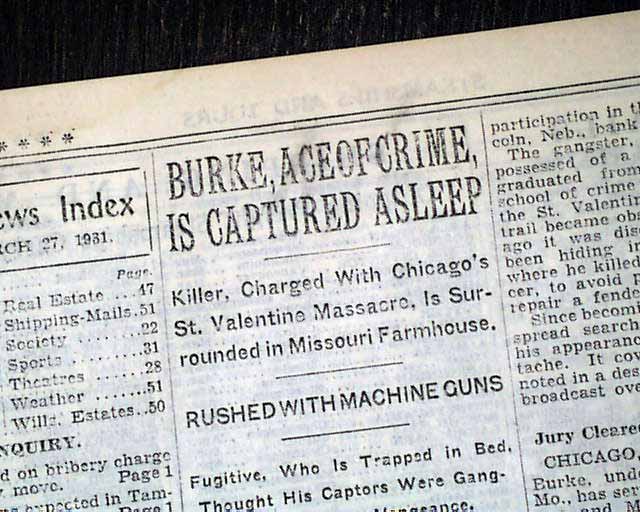 This 52 page newspaper has one column headlines on the back page (pg. 52): "BURKE, ACE OF CRIME, IS CAPTURED ASLEEP", "Killer, Charged With Chicago's St. Valentine Massacre, Is Surrounded in Missouri Farmhouse", "Rushed With Machine Guns", "Fugitive, Who Is Trapped in Bed, Thought His Captors Were Gangsters Seeking Vengeance", with smaller subheads. 1st report coverage on the capture of Fred "Killer" Burke. He was the prime suspect in the infamous St. Valentine's Day Massacre in 1929 Chicago.

Other news, sports and  various advertisements of the day throughout. Rag edition in great condition.