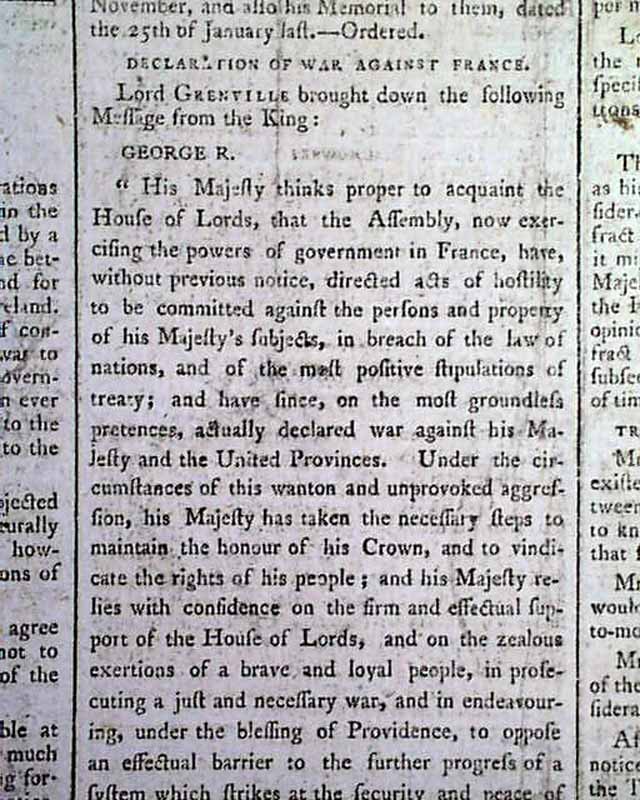 
THE STAR, London, February 12, 1793  This features a decorative masthead. On page two under the heading of "British Parliament" is a heading "Declaration of War Against France" in which Lord Grenville brought the message from the King "...directed acts of hostility to be committed against the persons and property of his Majesty's subjects, in breach of the law of nations, and of the most positive stipulations of treaty; and have since, on the most groundless pretences, actually declared war against his Majesty and the United Provinces...".
Page three includes a small obituary notice of Mr. Laurens, a American gentleman that had served in the Revolutionary army, and as according to the directions in his will, "...was burnt to ashes, two days afterwards, in a fire kindled by eight of his favourite Negroes."
This is complete in four pages, nearly complete red tax stamp on page three, several tiny binding holes along left spine, some lite rubbing, untrimmed with some tiny edge tears, otherwise in good condition.