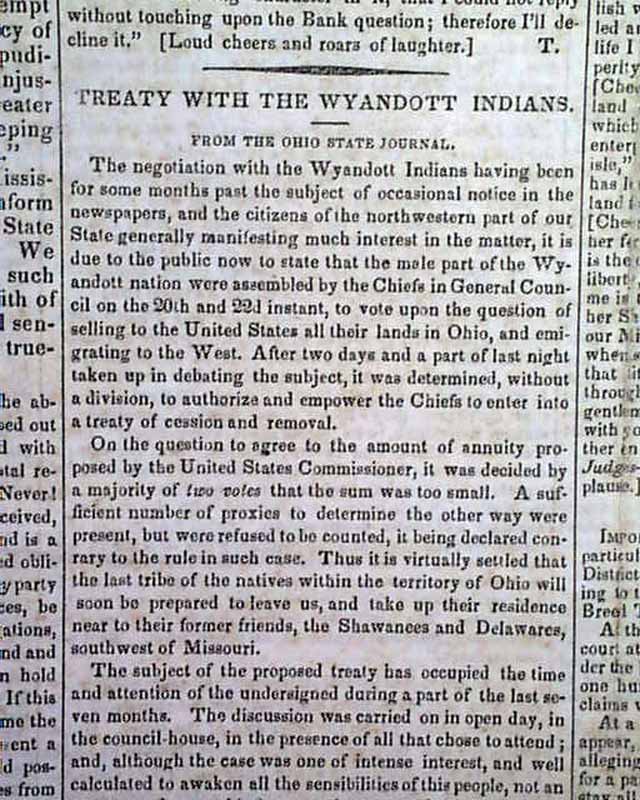 
NATIONAL INTELLIGENCER, Washington, D.C., Dec. 4, 1841  The front page has: "Treaty with Wyandott Indians" which includes: "... the "Wyandott nation were assembled y the Chiefs in General Council o the 20th and 22d instant, to vote upon the question of selling to the United States all their lands in Ohio, and emigrant to the West. After two days and a part of  last night taken up in debating the subject, it was determined, without a division, to authorize and empower the Chiefs to enter into a treaty of cession and removal...". Also on the ftpg: "Burning of the Steamboat Erie - Account by a Survivor". Many lives were lost in the explosion.
Four pages, some lite foxing, and a couple of archival mends, otherwise in good condition.