Home > Back to Search Results > How did Adolph Hitler die ?... Russian report...
Click image to enlarge 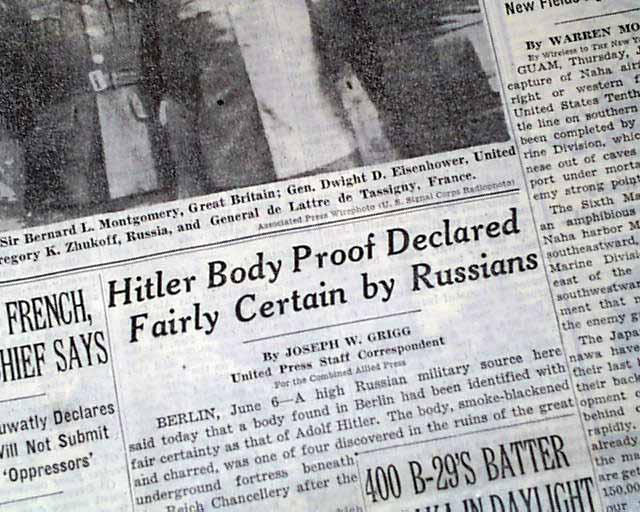 This 36 page newspaper has a two column headline on the front page: "Hitler Body Proof Declared Fairly Certain by Russians". See photos for the official report from the Russian military on the death of Adolph Hitler. There was always speculation on how he died and what happened to his body. This may be the only proof of what really took place those last few days in Berlin, Germany.

Other news, sports and various advertisements of the day throughout. Rag edition in great condition.