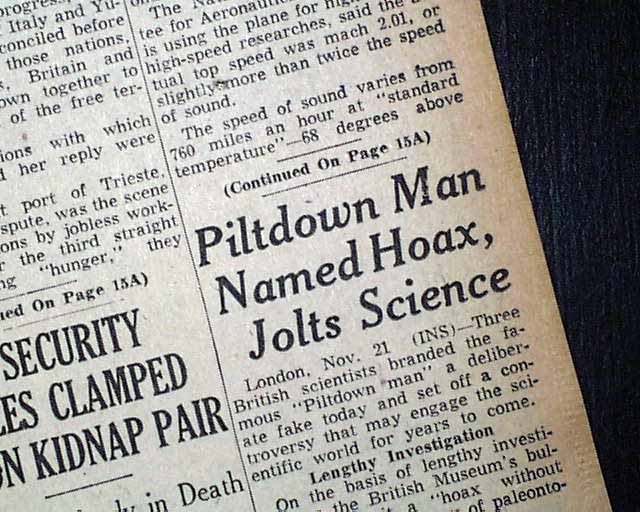 wikipedia notes: The "Piltdown Man" was a hoax in which bone fragments were presented as the fossilised remains of a previously unknown early human. These fragments consisted of parts of a skull and jawbone, said to have been collected in 1912 from a gravel pit at Piltdown, East Sussex, England. The Latin name Eoanthropus dawsoni ("Dawson's dawn-man", after the collector Charles Dawson) was given to the specimen. The significance of the specimen remained the subject of controversy until it was exposed in 1953 as a forgery, consisting of the lower jawbone of an orangutan that had been deliberately combined with the skull of a fully developed modern human.

The Piltdown hoax is perhaps the most famous archeological hoax ever. It has been prominent for two reasons: the attention paid to the issue of human evolution, and the length of time (more than 40 years) that elapsed from its discovery to its full exposure as a forgery.