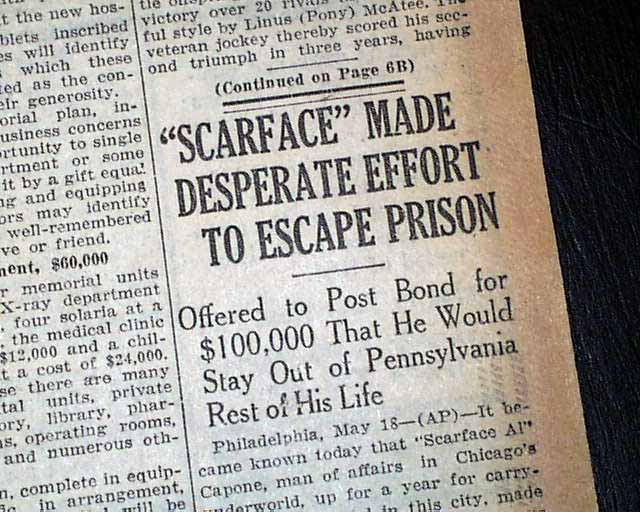 This 40+ page Sunday newspaper has one column headlines on the front page; "'SCARFACE' MADE DESPERATE EFFORT TO ESCAPE PRISON" and "Offered to Post Bond for $100,000 That He Would Stay Out of Pennsylvania Rest of His Life".

Other new, sports and advertisements of the day throughout. A little margin wear and chipping, otherwise in good condition.