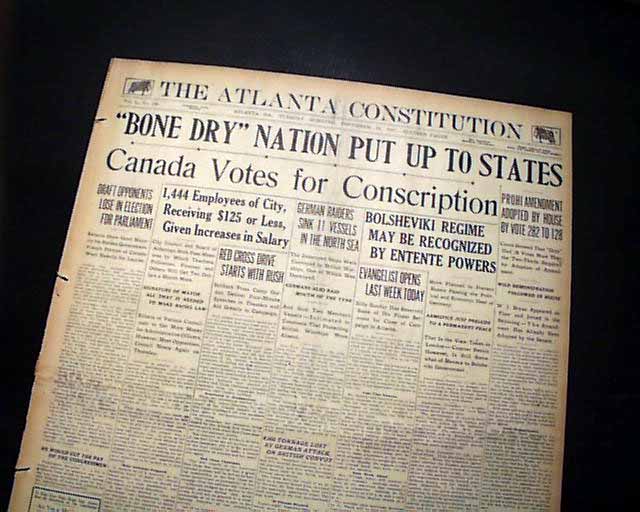 This 16 page newspaper has a great banner headline on the front page:

with subheads that include: "PROHI AMENDMENT ADOPTED BY HOUSE BY VOTE 282 TO 128" and more. (see) Coverage on prohibition being adopted United States law. It would come in effect in January of 1919. 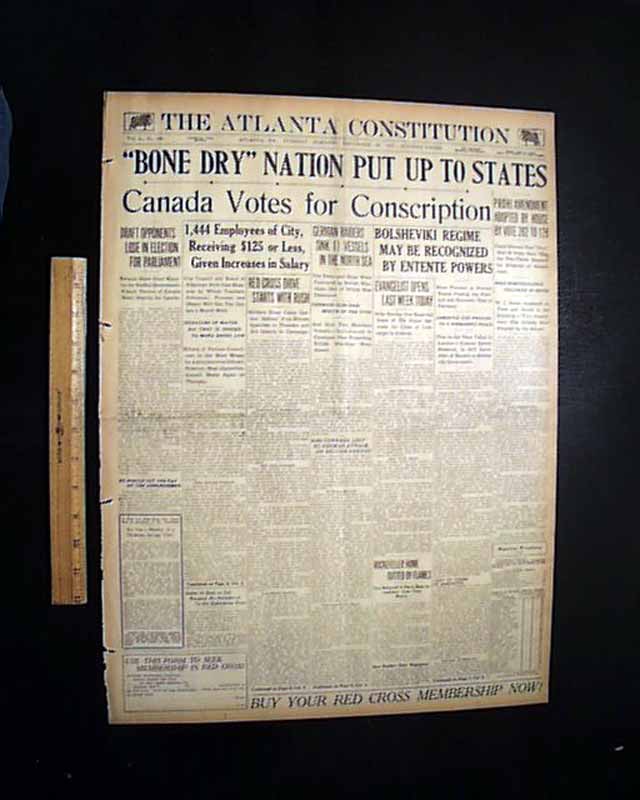 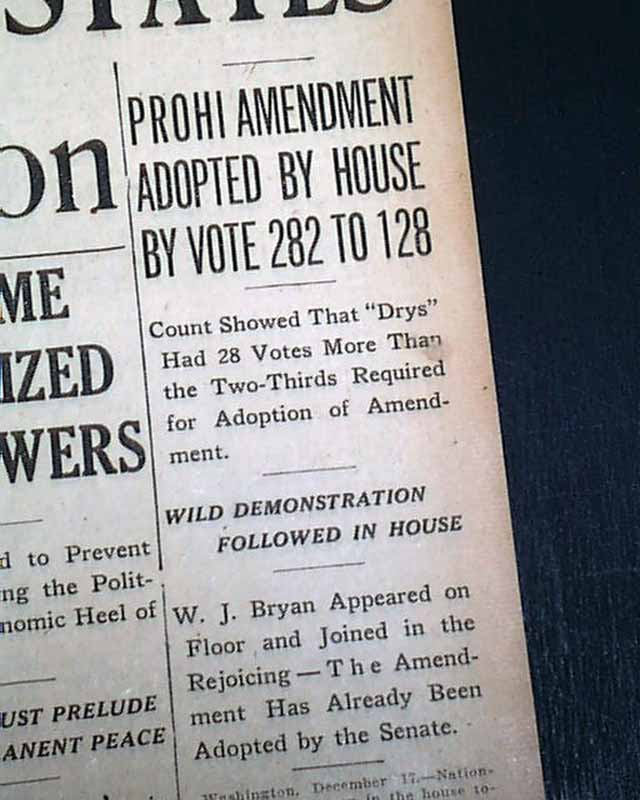 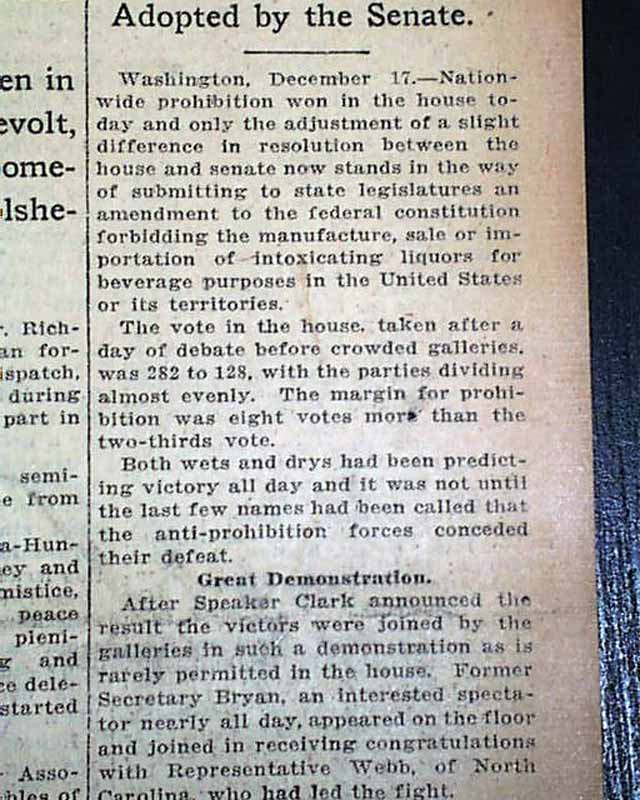 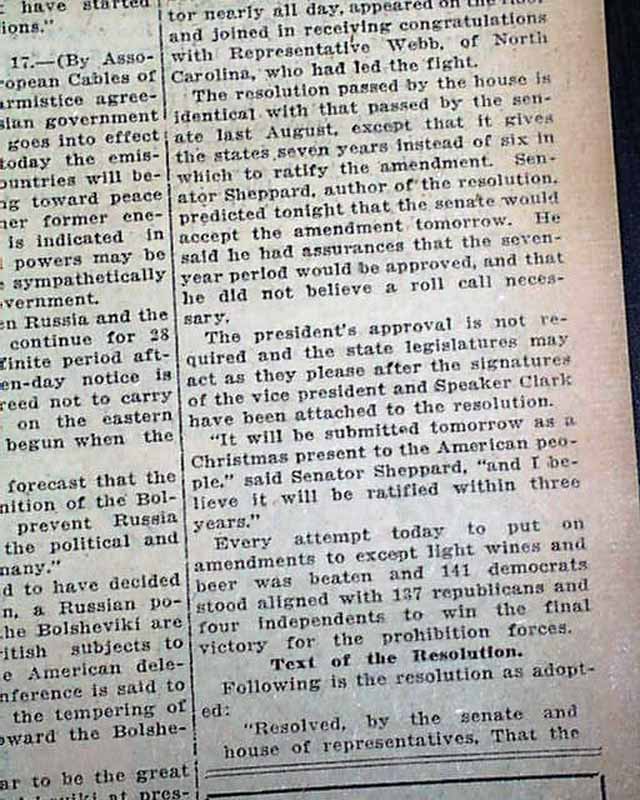 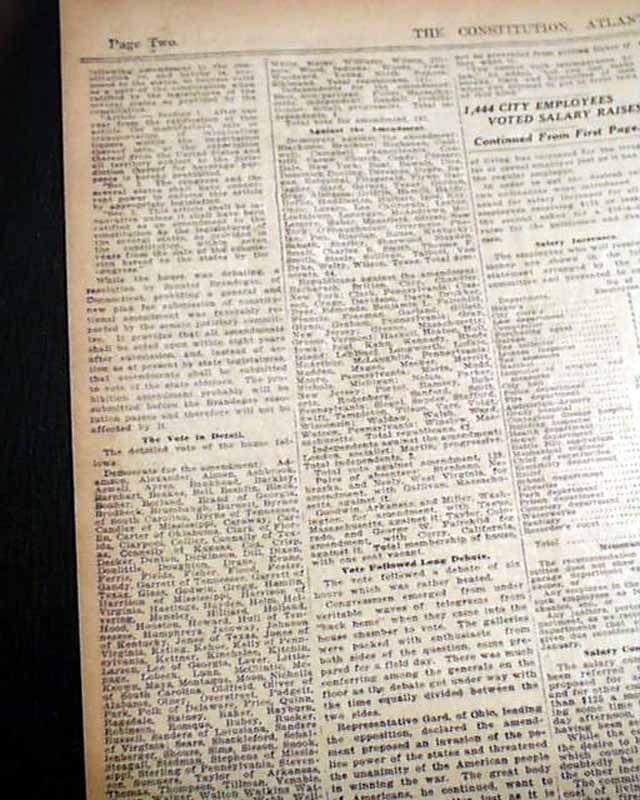