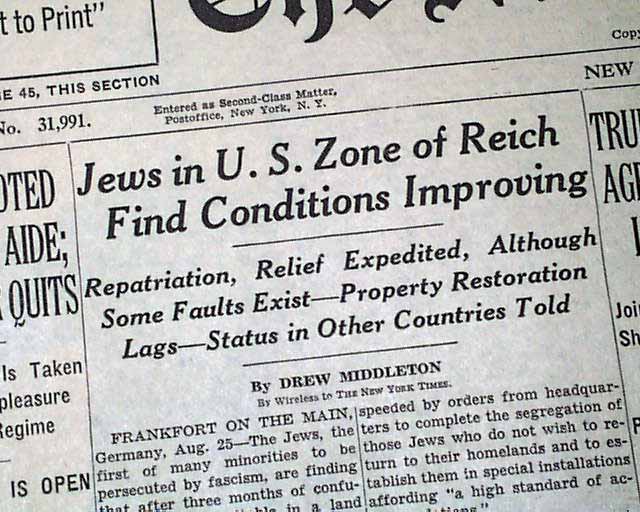 
THE NEW YORK TIMES, August 26, 1945 This 60+ page Sunday newspaper has two column headlines on the front page: "Jews in U.S. Zone of Reich Find Conditions Improving"
"Repatriation, Relief Expedited, Although Some Faults Exist--Property Restoration Lags--Status in Other Countries Told". Reporting continues on page 34 with loads of text, too much to photograph all. Rare to find such reports in newspapers at this time as the reality of the holocaust was just being realized. What better evidence to confirm of what really happened then having a 1st hand account from the day it was first reported.