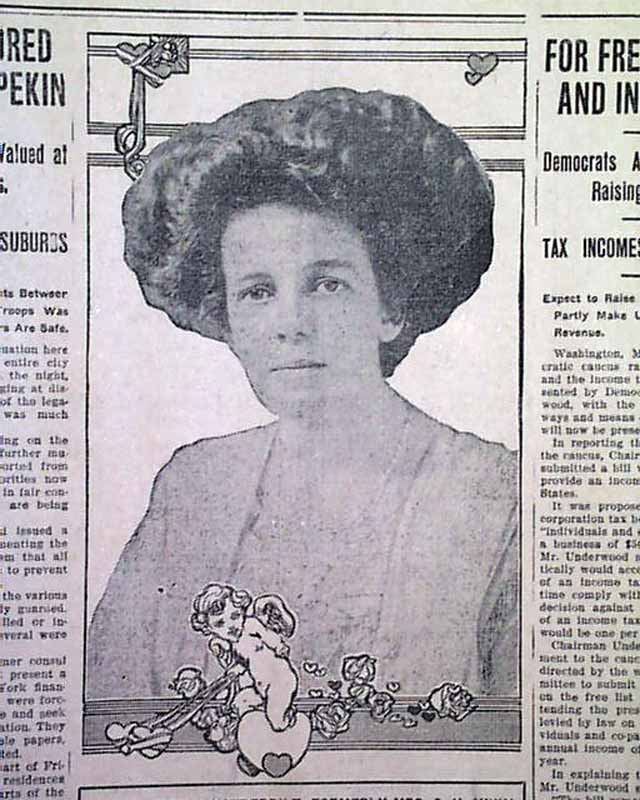 
VALLEY SENTINEL, Carlisle, Pennsylvania, March 5, 1912  The front page features a large photo of Mrs. Alfred G. Vanderbilt, whom he had just recently married. Just slightly more than three years later, Mr. Vanderbilt would be among the victims in the sinking of the Lusitania.

Another article within the issue is "Fights for Lewis" which was Attorney General Wickersham stating that he would resign from the American Bar Association it they voted for the ousting of William H. Lewis, "a negro, formerly residing in Boston... in good standing in the association... some southern members of the organization learned that Lewis is a negro and started a movement to cancel his membership.".

Other news and advertisements are within the issue.

This is complete in 8 pages, evening browning, some small edge tears and with an irregular right margin from flaking. This issue should be handled with care.