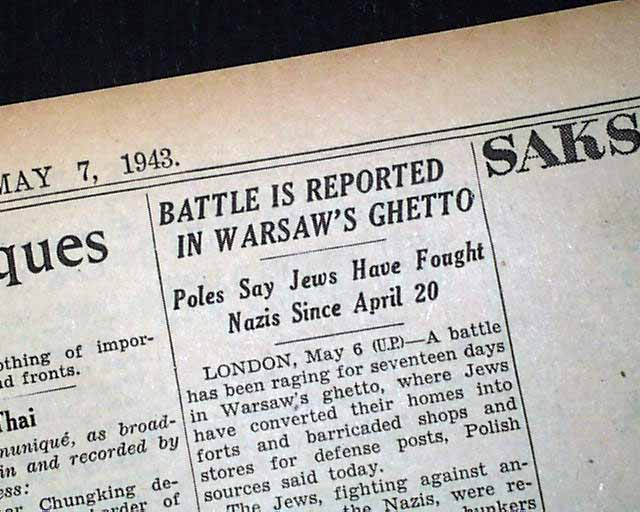 This 40 page newspaper has small one column headlines on page 7: "Battle is Reported In Warsaw's Ghetto", "Poles Say Jews Have Fought Nazis Since April 20" which is actually a 1st report on the Warsaw Ghetto uprising in German occupied Poland.  I suspect news such as this was kept secret by the Nazis as long as it could be hidden, giving the reason for the late report here in this famous NYC title.