Home > Back to Search Results > Debating who will replace the President...
Click image to enlarge 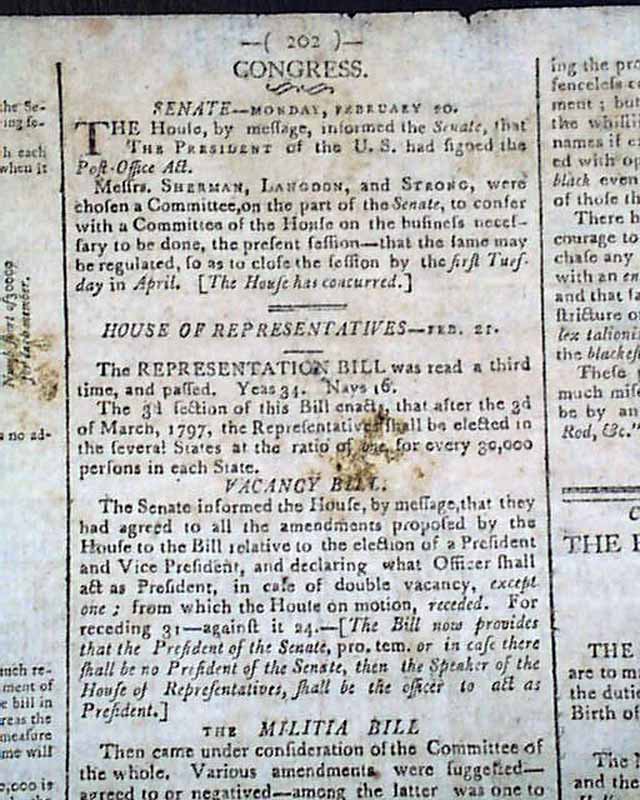 Debating who will replace the President...

The "Vacancy Bill" on pg. 2 says the Senate agreed to all the amendments, except one, regarding what officer should act as President in case of a double vacancy. It further states that the one amendment was receded and that: "The Bill now provides that the President of the Senate, pro. tem. or in case there shall be no President of the Senate, then the Speaker of the House...shall be the officer to act as President." This bill is more commonly referred to as the Presidential Succession Act.
Also inside is much on the: "Celebration of the Birth of the PRESIDENT of the United States" (see), and mention that: "The House adjourned for the purpose of complimenting The President on the anniversary of his Birth Day."
Four pages, some minor tears at margins, generally nice.