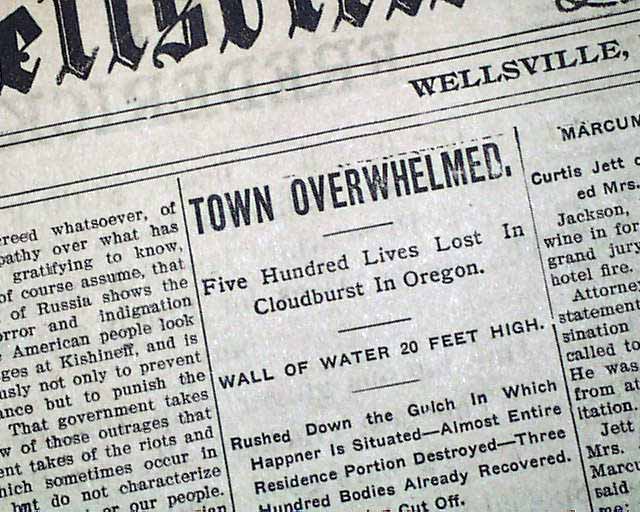 Other news and advertisements of the day. Light browning, otherwise nice. Should be handled with care.

wikipedia notes: Heppner was almost destroyed by a flood on June 14, 1903. The flood was precipitated by a sudden cloudburst and accompanying hail that caused a debris dam collapse and flash flooding. A wall of water and debris swept down the creeks and canyons and through the city. It has been estimated that 225 people or a quarter of the city's population was drowned. Property damage was reported at nearly $1,000,000. The nearby cities of Ione and Lexington also sustained significant damage.