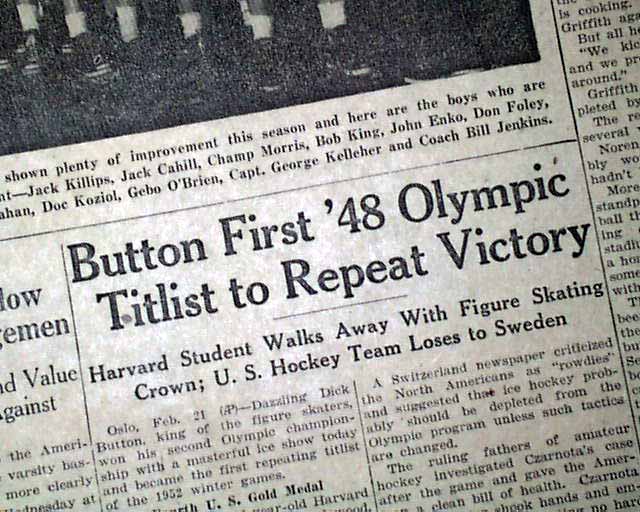 Other news, sports and advertisements of the day throughout. Minor spine wear but otherwise in nice condition.

Button was a two-time Olympic champion (1948 and 1952) and is credited as having been the first skater to successfully land the double axel jump in competition in 1948, as well as the first triple jump of any kind -- a triple loop -- in 1952. He also invented the flying camel spin, which was originally known as the "Button camel".