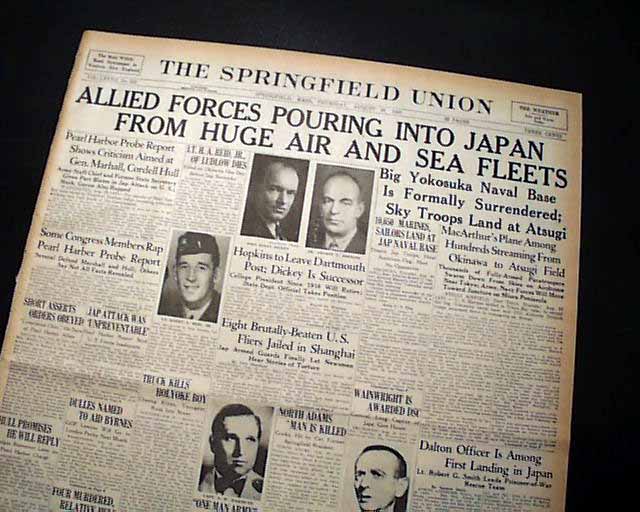 This 22 page newspaper has a banner headline on the front page: "ALLIED FORCES POURING INTO JAPAN FROM HUGE AIR AND SEA FLEETS" with subheads. Coverage on the initial occupation Japan with the United States Navy entering Tokyo Bay. The official signing of surrender would take place on board the USS Missouri a few days later.