Home > Back to Search Results > Jewish homeland in Palestine?....
Click image to enlarge 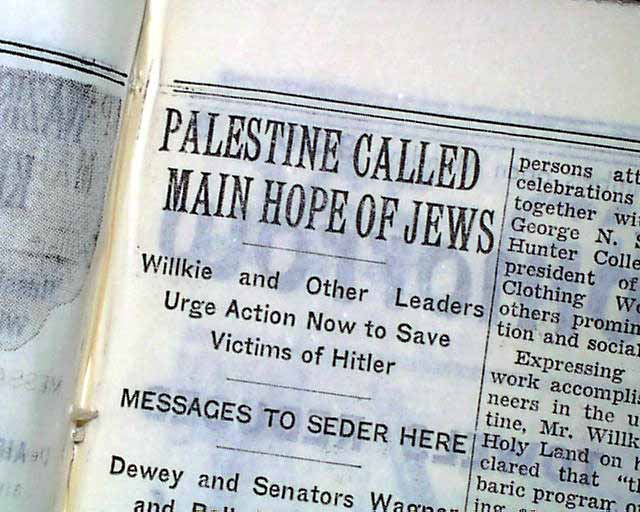 * Jewish rescue in Palestine?
* Extermination of Jews in Europe

This 70+ page Sunday newspaper has one column headlines on page 19: "PALESTINE CALLED MAIN HOPE OF JEWS",
"Willkie and Other Leaders Urge Action Now to Save Victims of Hitler" and more. See photos for coverage on the use of Palestine to save the Jewish population from extermination under Hitler's control in Nazi Germany.

Other news, sports and advertisements of the day throughout with much on World War II. Rag edition in great condition.