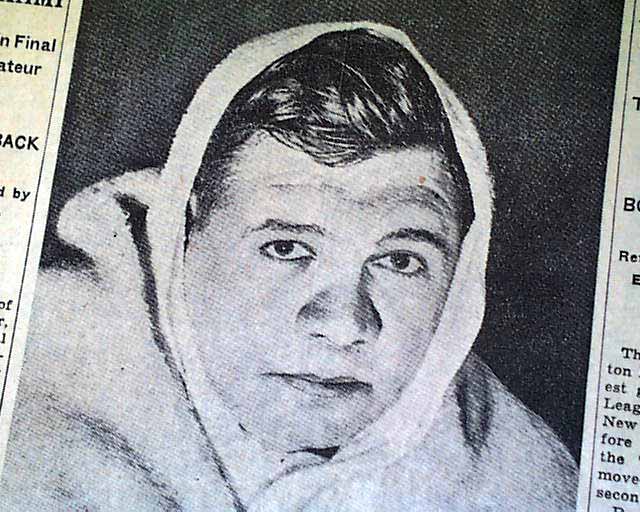 This 48 page newspaper has two column headlines on page 31: "Ruth, Swathed in Blankets, Begins Training in Gym Amid Usual Pomp", "Movies Record Every Action as Baseball Monarch Starts Workouts--Entitled to $80,000 Salary, Babe Declares-- Hopes to Set New Home-Run Record" with photo of Ruth (see photos). Unusual photo of Ruth as he was known best as being unfit even though it wasn't true. This upcoming season would be Ruth's last time with a Pennant and World Series winning New York Yankees team.

Other news of the day throughout including sports and various advertisements. In nice condition.