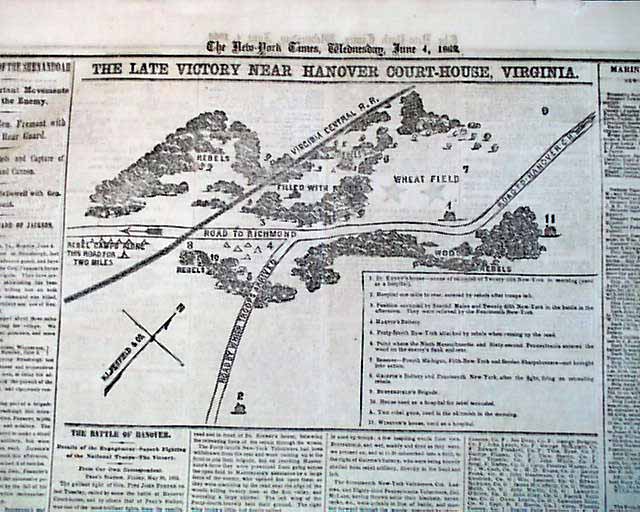 
NEW YORK TIMES, June 4, 1862  The prime feature may well be the back page Civil War map headed: "The Late Victory Near Hanover Court House, Virginia" which shows much details, and has a key for strategic locations. Among the front page column heads on the war are: "The Great Victory" "Full Details of the Second Day's Fight" which is the historic Battle of Cold Harbor; "How the Battle was Fought & How the Battle Was Won" "The Rebels Driven Back at Every Point with Great Slaughter" "1200 of Their Dead Left on the Field". Also: "Civil Rule in North Carolina" "The Colored Schools Broken Up" "Slaves Sent Back--Consternation Among the Fugitives--The Slaveholders Exultant" "Indignation Among the Officers & Soldiers" and more.
Eight pages, nice condition.