Home > Back to Search Results > Racehorse Seabiscuit retires in 1940....
Click image to enlarge 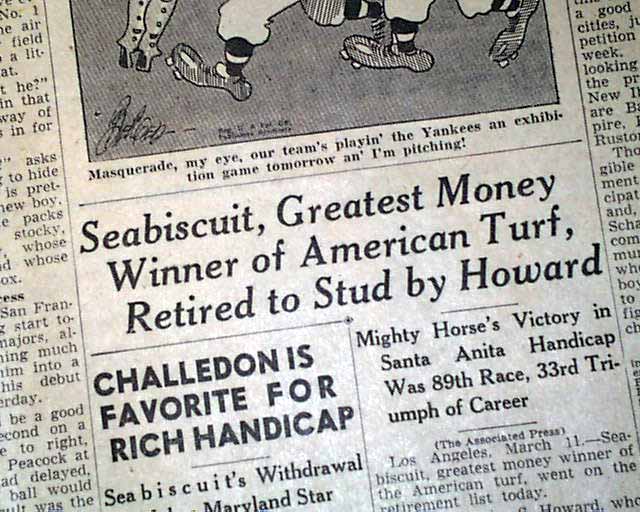 Other news of the day throughout including sports and various advertisements. Light browning with a little spine wear but otherwise in good condition.