Home > Back to Search Results > Fall of Baghdad in 1917...
Click image to enlarge 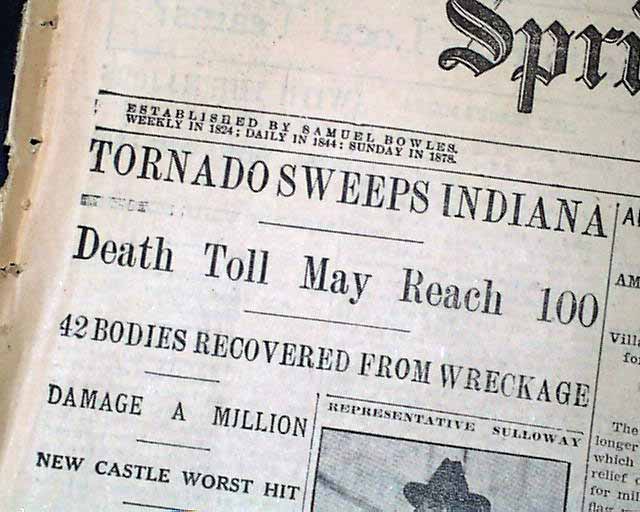 This 12 page newspaper has three column headlines on the front page that include: "BRITISH CAPTURE BAGDAD", "Chief Turkish City of Mesopotamia" and more with subheads. 1st report coverage on the capture of Baghdad, Iraq by British forces during World War I.

Other news, sports and advertisements of the da. Light browning with minor margin wear, small library label within masthead, otherwise good. Should be handled with care.

wikipedia notes: The Ottoman authorities then ordered the evacuation of Baghdad at 8 p.m. on 10 March. But the situation was rapidly moving beyond Khalil Pasha's control. The British followed close on the heels of the Ottoman troops and captured Baghdad without a fight on 11 March 1917. The British troops were greeted with enthusiasm by the residents. A week later, General Maude issued the Proclamation of Baghdad, which included the line, "Our armies do not come into your cities and lands as conquerors or enemies, but as liberators". Some 9,000 Ottoman troops were caught in the confusion and became prisoners of the British.