Home > Back to Search Results > New schooners for the U.S. Navy...
Click image to enlarge 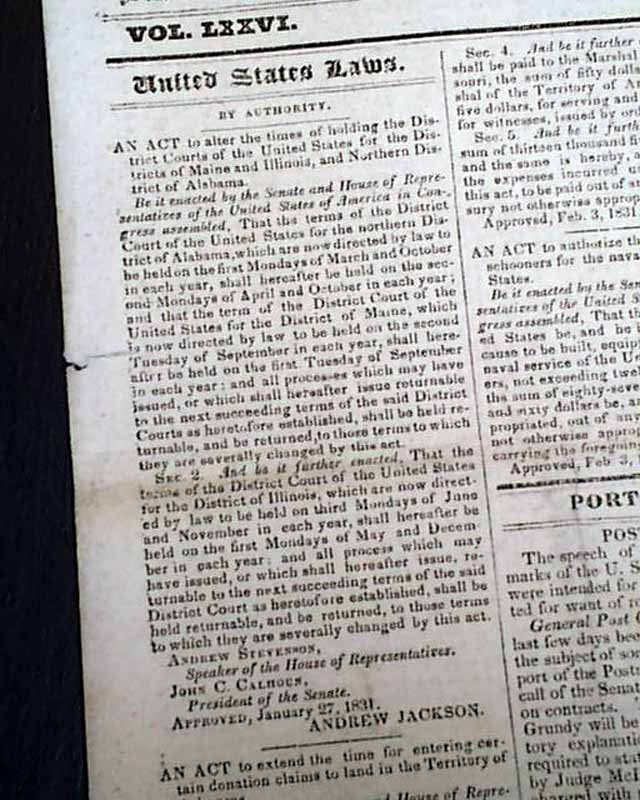 New schooners for the U.S. Navy...

The front page has five Acts of Congress, the first of which is signed in type by the President: Andrew Jackson. The last is: "An Act to authorize the construction of three schooners for the naval service of the United States." with details (see photos). Also on the front page: "Trial for Piracy".
Four pages, never bound nor trimmed, a few minor stains, nice condition.