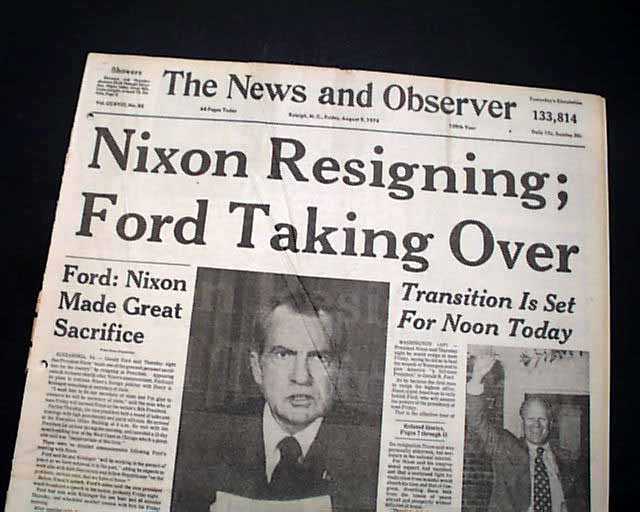 This 40 page newspaper has banner headline on the front page: "Nixon Resigning; Ford Taking Over", with subheads and related photos.

Other news of the day throughout including various advertisements. A few small binding holes along the spine but otherwise in good condition.