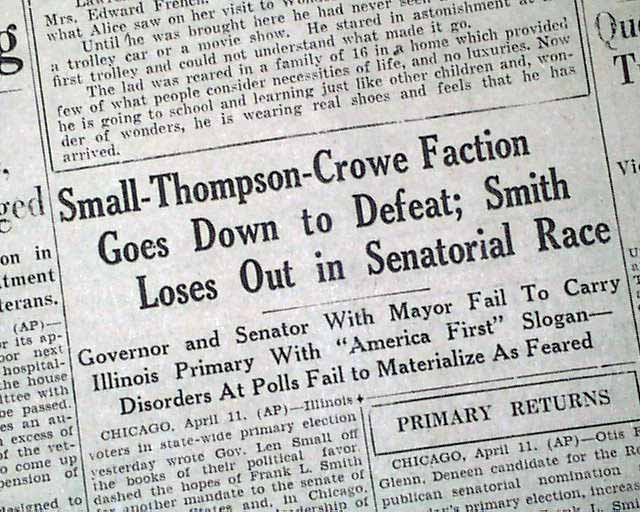 This 14 page newspaper has two column headlines on the front page that include: "Small-Thompson-Crowe Faction Goes Down to Defeat; Smith Loses Out in Senatorial Race". Coverage on the primary election in Gangster infested Chicago, Illinois at the height of government corruption there.

On March 21, Giuseppe "Diamond Joe" Esposito, the 19th Ward committeeman, was shot and killed in front of his wife and daughter. The day after Esposito's funeral, Senator Charles S. Deneen's home was bombed. On the day of the primary, Octavius C. Grandy, a candidate for committeeman in the 20th ward, was chased in his car and killed.