Home > Back to Search Results > Norway surrenders to the Nazis...
Click image to enlarge 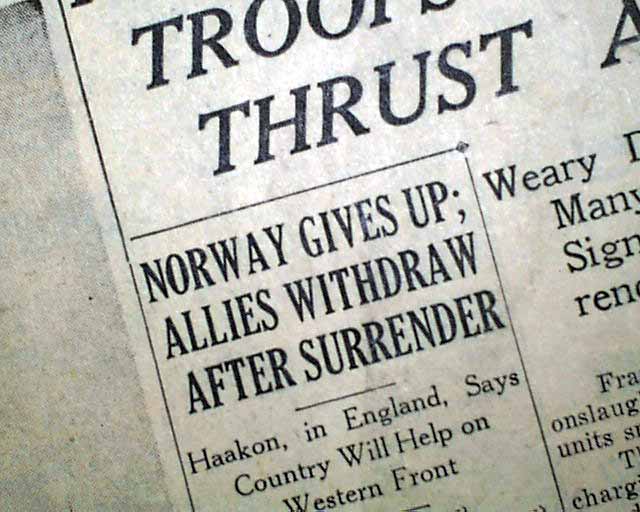 Norway surrenders to the Nazis...

Other news, sports, and advertisements of the day with much on early World War II before America's involvement.This issue is complete, but has light browning and a little spine wear. Otherwise it is is nice condition.